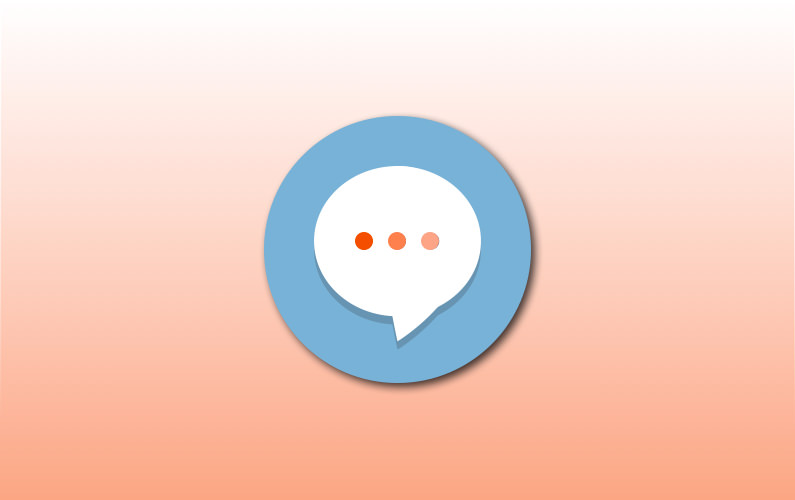 “Hypnosis” is a social construction. As such, it has various connotations that have evolved over time. The term hypnosis is commonly used to denote a range of social interactions in which the participants enact roles based on various forms of social influence. Therefore, hypnosis implies a process in which there is an explicit or implicit agreement among different people who believe that the situation is hypnotic and that an induction and de-induction (ritual or ceremony) will be used. The induction sets the stage for hypnosis and is often an expected component of the hypnosis procedure. Hypnotized people, then, will enact the roles associated with their conceptions of hypnosis. Currently, the hypnosis social construction denotes an interaction between one person (sometimes more than one), the hypnotist (or hypnotists), and another person (or people). In this interaction, the hypnotist/s attempt/s to influence the other people’s perceptions, feelings, thinking and behavior by asking them to concentrate on ideas and images that may evoke the intended effects. The verbal communications that the hypnotist uses to achieve these effects are termed hypnotic suggestions. Suggestions differ from everyday instructions in that hypnotic suggestions imply that a “successful” response is experienced with a quality of non-volitionality, automaticity, or effortlessness. People may learn to go through hypnotic procedures on their own, and this is termed “self or auto-hypnosis”.

Hypnosis is not only a pool of procedures and ways of managing suggestions, it is also a basic and applied field of research, which will continue to evolve as science advances in obtaining a greater understanding of this social construction known as hypnosis.

Variations in the social construction of hypnosis based on this framework may coexist resulting in different theoretical understandings and concepts for explaining hypnosis, as well as different procedures in its practical applications.

Addendum to the definition of hypnosis

According to scientific research:

Clarification on auto/self-hypnosis: auto-hypnosis can be understood from two perspectives derived from English language: self-hypnosis and auto-hypnosis. The term “self” means one’s own self (http://www.dictionary.com/browse/self), and, according to Coue (1922), all suggestions are a form of auto-suggestion (that is, a suggestion given to a person by him-or herself). Therefore, it has been stated that all hypnosis is a way of auto-hypnosis, because what determines whether a person is hypnotized is the person’s variables, rather than any special power or abilities of the hypnotist. On the other hand, it is also used to describe the process by which a person auto-hypnotizes, that is, s/he applies an induction and de-induction ritual and gives him/herself hypnotic suggestions. In this respect, auto-hypnosis should be understood as auto-hypnosis in English (from auto -“αυτο” in Greek where the word comes from-, that can be translated as “by itself” (see the second meaning of the term: http://dictionary.cambridge.org/dictionary/english/auto), and not as self-hypnosis. In this way, the topography of auto-hypnosis is different than the topography of hetero-hypnosis, but both involve self-hypnosis, since it is the person him/herself who is hypnotized, whether by him/herself (auto) or by another person (hetero).

Clarification on Social Construction: When considering hypnosis as a social construction, it is essential to understand the contribution of the Social Constructionism. One of its most relevant authors, Gergen (1996), posed one of the fundamental assumptions: Reality is socially constructed, and, therefore, what we observe in the world does not define what we know, because the knowledge is determined by the statements socially and historically constructed in a particular cultural setting (Ibáñez, 2003). In this way, the Social constructionism considers that the statements we make about the World are not a reflection or map of the World, but a mechanism of social exchange. They create and give sense to those social phenomena that cannot be defined as absolute and static truths (Henríquez, 2010).

From this approach, reality is established as a consequence of a dialectic process among social relationships, typified habits, and social structures (Berger & Luckmann, 1968). At an individual level, we use symbolic interpretations, internalizing roles, and then our identities are created (and recreated continuously).

Indeed, in order to obtaining a more accurate understanding of this complex process of the reality construction, as well as of the subjective reality, we refer to Bourdieu (2008). This author took back Aristotle’s term habitus to account for the set of generative schemes from which people perceive the world and act on it. The concept habitus is also used by this author, along with the concept of field, to explain how the social practices are constituted by the relationship construed between two ways of existence of what is social. On one hand, “field” will refer to the external social structures: what is social becomes a thing, that is, social positions that have been construed in historical dynamics. In this way, field will be the educational system, the economic field and the political field. On the other hand, habitus will refer to the internalized social structures that have been incorporated in the individuals as schemes of perception, action, and thought (therefore, they have not been the product of thoughts).

The theoretical development of these terms facilitates the understanding and awareness of the continuously transformative nature that characterizes our reality, because, when the interpretations and meanings given to those phenomena and events are personally and socially modified, reality is coming along with those changes.

When we state that hypnosis is a social construction, we mean that it is a process that occurs in the scope of a particular society and that is accepted as natural. Although we know that it is a product of the own culture, of the perceptions, of the interpretations, and of the shared meanings, we have to define it from its constitution in the social interaction: as a product of a social and cultural historical construction that is in permanent change and resignification.

One of the implications that will derive from this conception is that its transformative character will vary according to the changes that take place at the level of institutions, beliefs, and meanings in the particular cultural settings. If we take back the terms that Bourdieu (2008) used to explain his theoretical approach (habitus and field), we can easily understand that in the social phenomenon of hypnosis, individuals have to internalize the necessary roles, schemes, and meanings, so that the process of hypnosis can take place.

Therefore, it is of great relevance the constitution of the subjective reality and the complementarity character of the roles, schemes and habitus of the individuals that make possible the process of hypnosis. In this definition of hypnosis, the concept of role is not explanatory, but descriptive. In the hypnotic process a role is activated (which may be different according to the construction of the hypnosis that both the hypnotized person and the person who hypnotizes have), but this does not indicate that the role is the determinant factor of the hypnotic behavior. It is a concept merely descriptive that is inherent to the concept of social construction.

¹ An intensional definition specifies the necessary and sufficient definitional conditions that are comprised in the language as the concept that is defined.

This website uses cookies to improve your experience while you navigate through the website. Out of these, the cookies that are categorized as necessary are stored on your browser as they are essential for the working of basic functionalities of the website. We also use third-party cookies that help us analyze and understand how you use this website. These cookies will be stored in your browser only with your consent. You also have the option to opt-out of these cookies. But opting out of some of these cookies may affect your browsing experience.
Necesarias Siempre activado

Any cookies that may not be particularly necessary for the website to function and is used specifically to collect user personal data via analytics, ads, other embedded contents are termed as non-necessary cookies. It is mandatory to procure user consent prior to running these cookies on your website.